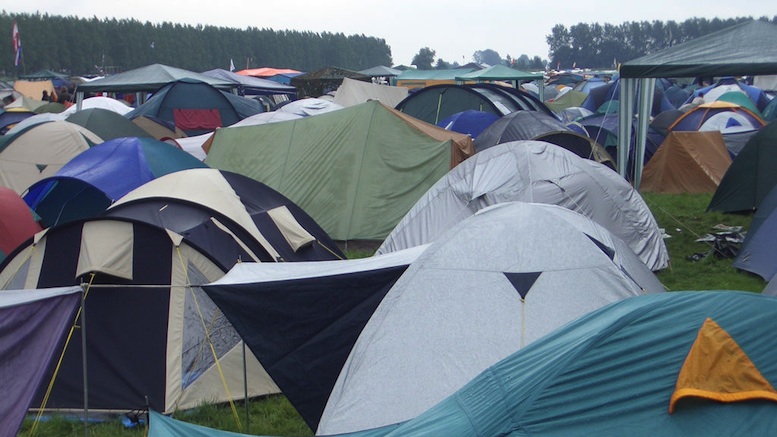 (Ottawa, ON) Having already pledged to resettle tens of thousands of Syrian refugees, the Canadian government of Justin Trudeau is moving ahead with plans to deal with an even larger refugee crisis – the influx of millions of United States citizens fleeing their country in horror should the pandemic-downplaying steroid-addles Donald Trump be reelected to serve for another four years as Commander in Chief.

“People may say ‘I’m moving to France if so-and-so is re-elected’, but the reality is that Canada is where they’ll be heading.”

Tent cities are being constructed near border crossings such as the Peace Bridge in anticipation of the mass migration of millions of progressives seeking asylum. Some Canadians are objecting to letting any US refugees in, due to concerns that right wing extremists may be hidden among them. Others worry that the refugees will fail to assimilate properly, thereby gradually eroding the image Canada presents to the world.

“We spent years nursing our reputation as extremely nice polite people, which these loudmouth refugees from south of the border would destroy overnight, eh.”

Then there are the rumors flying around that there might not even been a Canada to flee to. According to a confidential source near the center of government, the prospect of a Canada with most of its population within 100 miles of a United States governed by an unfettered second-term Trump administration with nothing to lose is unthinkable.

“We’ve been having secret talks with the Prime Minister of Australia about the possibility of moving Canada to the sparsely occupied western side of their continent should the Americans manage to make the same humongous mistake twice.”