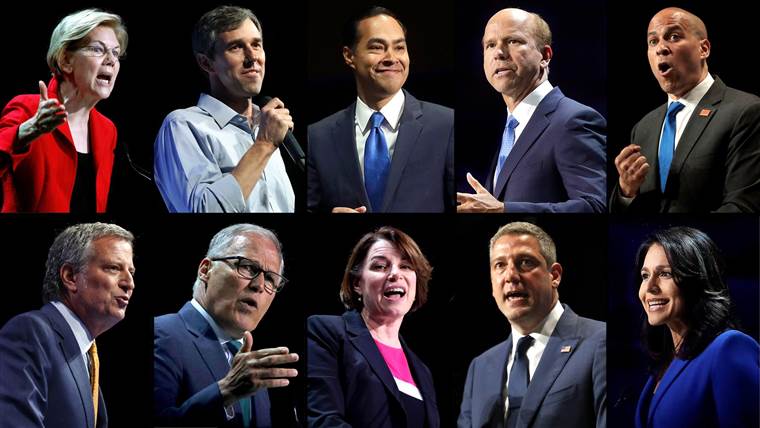 Recognizing that the standard for televised debates has changed beyond recognition, Democratic party officials have issued special instructions to the candidates in advance of the first Presidential debate.

“We’d like you all to come up with two word insults for each other – the cruder the better.”

The move is motivated by concerns that a staid discussion of policy will have people tuning out given the level of drama they are now used to.

“Also feel free to move about and lurk threateningly behind other candidates when they are trying to make a point.”

Candidates who struggle with name calling are asked to do something else to keep the audience entertained.

“Anyone can eyeroll, or you can get out your phone and live tweet memes making fun of your fellow candidates’ physical appearance.”

Should this still leave viewing figures below what is hoped for, the second night will feature a mud pit.

“Joe Biden’s already said he’s down for it.”