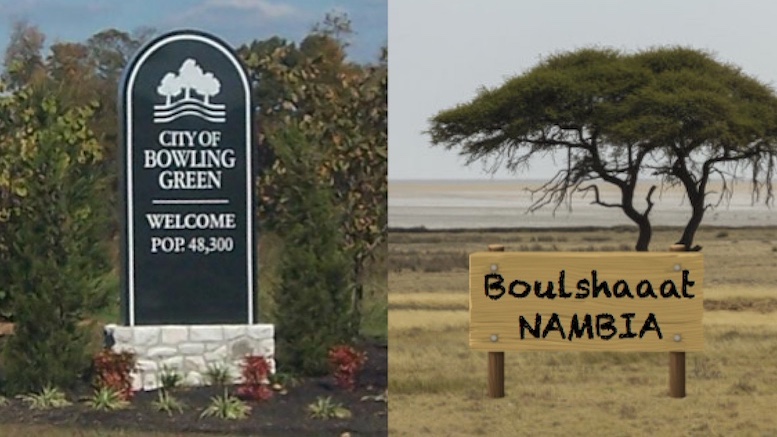 (Boulshaaat, Nambia) The small African nation of Nambia has been thrust into the international spotlight after being mentioned by President Trump during meetings at the UN General Assembly.

“Thank you, President Trump, for mentioning us when there are so many other countries you could have highlighted.”

The little-known nation may have avoided attention until now, but is economically thriving, due to its unique climate and fertile soil making it the only place on the planet able to sustain the crop that serves as its primary export.

“We may not have oil, but we do have the covfefe bean, praise be.”

As a gesture of thanks for the recognition afforded them by President Trump, they have agreed to have their capital city, Boulshaaat, twinned with the town of Bowling Green, Kentucky.

“Nambians stand with the residents of Bowling Green who have suffered so much.”

Be the first to comment on "Capital Of Nambia To Be Twinned With Bowling Green, Kentucky"