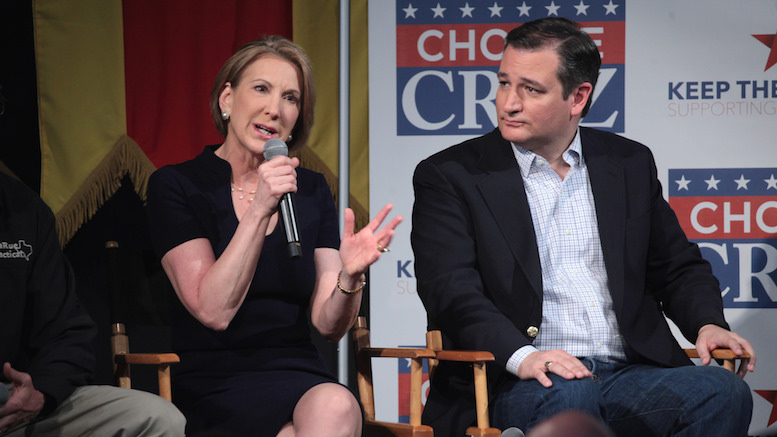 Only days after announcing Carly Fiorina was to be his vice presidential nominee, Ted Cruz’s campaign appears to be in freefall. It is not due to the public perceiving the unusual appointment as a sign of weakness, however, but because of actions Fiorina has taken since coming on board. Campaign staffers say she wasted no time throwing her weight around.

“She immediately forced though a merger with the campaign of John Kasich despite our strong objections.”

Campaign finances took a severe hit when she ordered a Gulfstream IV jet for her own personal use. But the greatest damage was the result of her laying off thousands of campaign workers, which didn’t appear to make much sense to anyone.

“Most were enthusiastic volunteers who cost us nothing. But she still insisted they all be dismissed. I think she enjoyed it.”

Cruz tried to confront her about her actions, but became confused when Fiorina started mumbling about needing to stand up to the board and sell more computers.