Though widely ridiculed at first for his comments that the Pyramids were built to store grain, GOP candidate Ben Carson is being vindicated as historians realized that the purpose of many structures they were confused about was suddenly clear to them. The most notable example, after the Pyramids, is Stonehenge in the United Kingdom, which is widely known to Americans as it featured prominently in National Lampoon’s European Vacation.

“Once Ben Carson got us thinking, we realized the upright circle of stones is a perfect structure to support a giant tarpaulin, creating a vast enclosed space to protect something from the elements. That something? Grain, obviously.”

But perhaps most surprising of all is the amount of grain stored within Carson’s own person, according to friends who were concerned for him.

“We were worried about Ben given some of the things he has been saying recently, and wanted to rule out a neurological problem.”

They convinced their friend to undergo a CT head scan to rule out a mini stroke or subdural bleed – just to be on the safe side.

“Turns out there’s grain in there. Lots and lots of grain.” 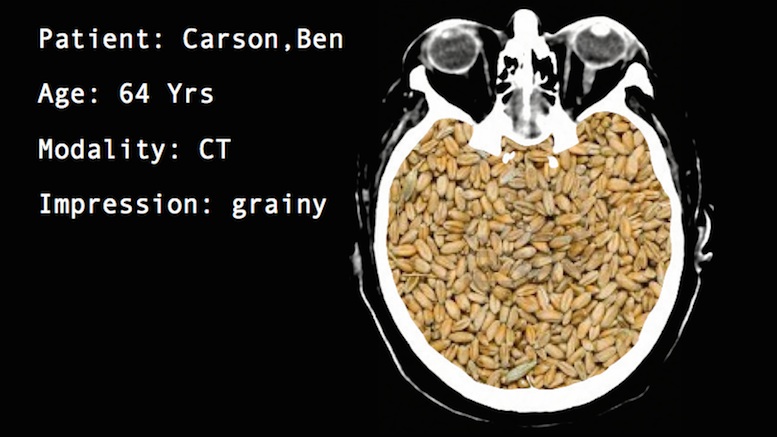