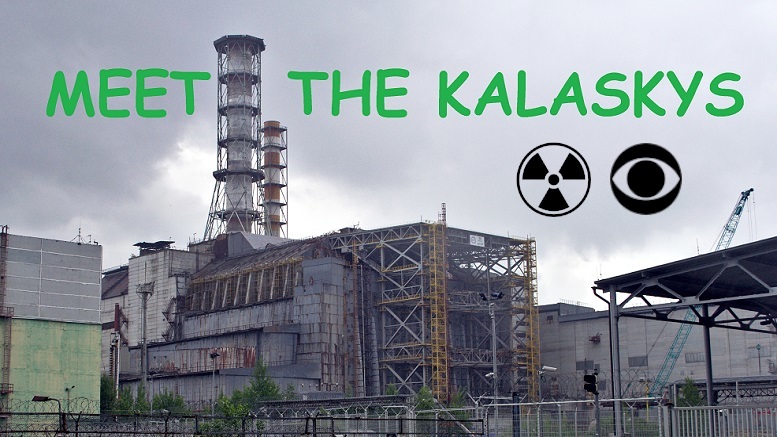 Following its enormous success at the Emmys, it seems everyone has Chernobyl fever these days, and the comedy department at CBS has taken notice.

“Look forward to ‘Meet The Kalaskys’ coming this spring to your favorite channel.”

Set in northern Ukraine, it follows a typical local family as they refuse to uproot their lives just because the authorities say there has been a catastrophic accident nearby.

“It takes more than a nuclear meltdown to get this family off the couch!”

Played by sitcom veteran Ed O’Neill with a hilarious accent, cranky but lovable patriarch Vasily thinks everyone’s making a fuss over nothing?

Each week the Kalaskys cope with the struggles of everyday life – like teenage love, making ends meet, and combating the enormous damage done to their bodies at the molecular level.

“Mom? I’ve got another toe again!”

When things get tough and they need some sage advice, all the Kalaskys need to do is stop by the local coffee shop run by an African-American slam poet from Brooklyn who just happens to be living in the Soviet Union during the 1980s.

“ Y’all just need to chill and listen to me lay down some rhymes.”

In the pilot episode, daughter Masha has quite a scare, until boyfriend and aspiring ice hockey star Dimitri puts her mind at ease.

“Like my mangled sperm has a snowball’s chance in hell of creating life. You!”

Though the series with have a dramatic arc, there will also be self-contained episodes much like the Monster episodes in the X Files.

“Look out for some thrilling cancer of the week episodes coming soon!”