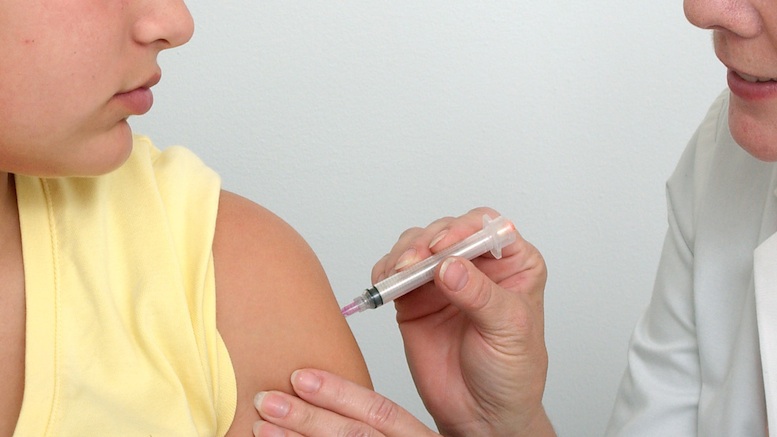 (Atlanta, GA) In a remarkable turnaround, the CDC and major professional medical organizations have admitted they were totally wrong about the relative benefits of the HPV vaccine, and that scaremongering Christian organizations were correct all along.

“It’s like something straight out of Jekyll and Hyde – one minute these girls are modest chaste sweethearts, and the next they are grinding on anything that moves.”

Initially, Planned Parenthood was supportive of the vaccine – as it prevents HPV infections that can develop into lethal carcinomas of the cervix – but not anymore.

“Though avoiding a highly aggressive cancer might be considered an argument to get the shot, this ignores the fact that there is a huge downside – namely that your daughter will instantly morph into a wide-eyed cockhound who will immediately drop out of school, have tons of sex with strangers, and probably die of a drug overdose by the time they are fifteen.”

The medical community has no explanation for why this should be the case, but are immensely thankful for the concern shown by so many Christian pastors who spend all their time musing on the idea of supple teenagers engaging in the sexual act.

“It’s remarkable the vaccine has this effect since it contains no powerful hormones or brain-altering chemicals that might explain such a drastic change in personal behavior, but there you go.”