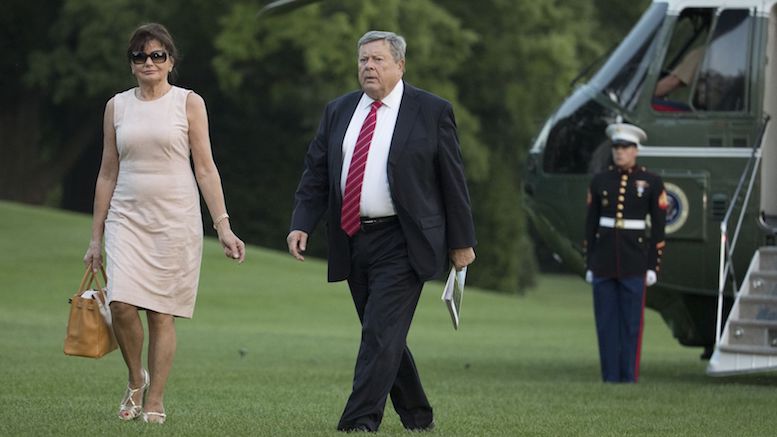 A Slovenian chain migrant couple currently living in the USA are wishing their son-in-law would shut the hell up until they gain full citizenship, which they fear he is putting in jeopardy.

They say they got here through their daughter, who sponsored her own green card, but has since married the American-born man.

“Why she picked him we’ll never know. If only she could have married that nice George Clooney when he was still available.”

They are concerned some irregularities in their daughter’s prior work history could still trip them up, especially if her no-good husband draws too much attention.

“She’s smart but he’s constant with the nonsense. All we need is for him to blab to the wrong person.”

The way ICE are clamping down these days, they worry their green cards could be revoked if someone dug around in their daughter’s visa history.

“Let’s just say there were some oversights when she first came here.”

They say they’ll feel more secure once they have full US citizenship, but that still means passing the naturalization interview.

“Hopefully we are not asked if we are related to any Nazi sympathizers. That would be tough.”