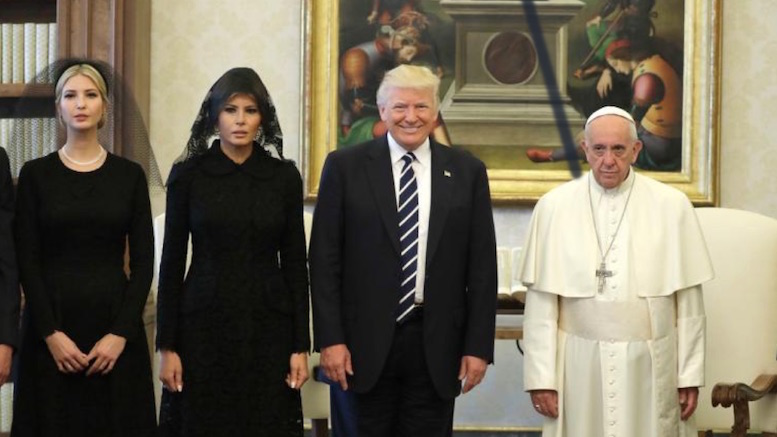 (Vatican City) Strange reports out of the Vatican today describe a number of highly unusual incidents troubling enough in their nature for the Carabinieri (Italian Police) to be called in to investigate.

Residents first noted that the entire population of animals in the tiny State started to flee early yesterday, and dark clouds formed in a configuration that was highly focused and unusual, according to one member of the clergy who has a degree in atmospheric science.

There have also been reports of younger priests appearing to lose their minds and run through the corridors screaming “The Angel of the Bottomless Pit has entered His House” and doors and window shutters flapping wildly, seemingly for no reason at all.

The timing of the peculiar proceedings is considered particularly unfortunate as Pope Francis is busy receiving President Trump this week.