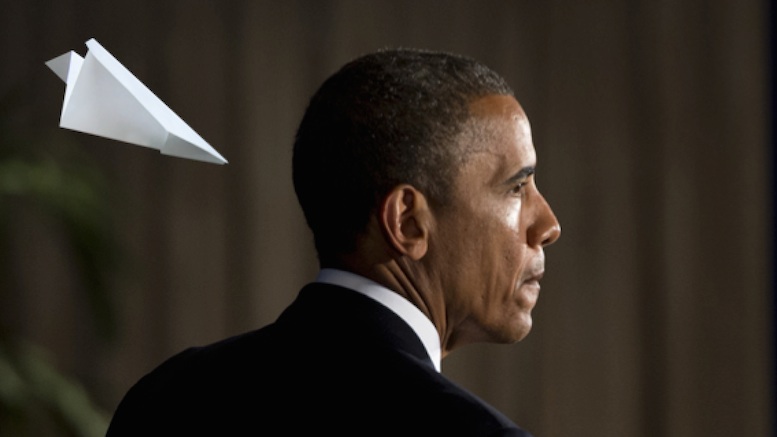 [Hanghzou, PROC] Proving they are serious players on the world stage, the Chinese hosts of the G20 summit have not stopped at merely making President Obama walk down a smaller flight of steps when disembarking from Air Force One.

They have also been asserting Chinese international prowess by huddling in corners and behind pillars to call him mean names like stinkypants, and throwing paper airplanes at the back of his head when the Secret Service isn’t looking.

Political experts say this just proves how far China has come as a 21st century world power, with the answer being not very far at all. However President Xi Jinping hopes to change that at a formal dinner this evening when he will shake Obama’s hand with a joke electric buzzer, thereby establishing China’s position as a hyperpower in the eyes of all the nations of the world.

When asked how he would deal with the truculent leader, Obama says that it’s a shame he didn’t have his kids along to advice him, but added that with them being teenagers already they may not have been that much help anyway.