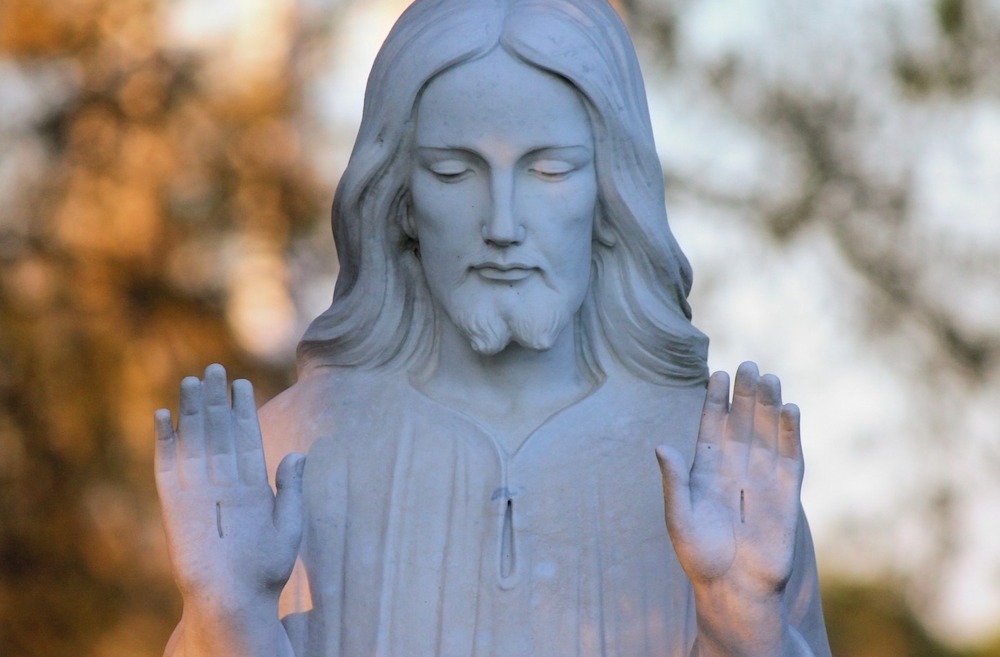 [Vatican City] Though it was not supposed to be made known until next Sunday, word is already leaking out about a shocking discovery that would rock Christianity to its very foundations, except it appears that the popular religion does not have any. A set of diary-like manuscripts found in a tomb discovered during construction near Shimshit in Northern Israel (corresponding to the Lower Galilee region of Biblical times) purport to show that the historical figure known as Jesus Christ together with his ‘disciples’ were not the sacred figures and founders of the Christian faith, but the equivalent of a modern day semi-professional comedy troupe.

The documents were actually discovered a year ago and conveyed to the Vatican under the strictest secrecy, as all involved wanted to be absolutely certain of their authenticity before word of their existence got out. Only top government officials of countries with majority Christian populations were informed in an ultra-cautious approach, given the profound implications for the world’s 2.4 billion adherents to the faith. Suppressing their existence was considered at first, but ruled out as being both unethical and impractical, as some suggestive tweets had already been made by scholars retained to translate the two-thousand year old texts, indicating the extent to which they struggled with the burden of keeping such a monumental secret. Remarkable as it may seem that the manuscripts could have survived this long, the Dead Sea Scrolls – previously discovered in caves near the ancient settlement at Khirbet Qumran in the West Bank – are actually older, with some dating from the third century B.C.

The so-called Shimshit Diaries, which have multiple authors, also record the minutes of meetings of the comedy troupe, of which Jesus appeared to be the informal leader. This is corroborated by other known records that describe a band of popular entertainers of the period who were known by a name in Aramaic that translates to “Those Who Smell Like Fish But Are Not Fishermen”. Despite being in the entertainment rather than the spiritual business, it is clear from the writings that the carpenter’s son, who was to become famous as the King of Kings, was a very serious and socially conscious person. He was an enthusiastic proponent of ‘papyring’, whereby a government building was covered in flyers as a form of non-violent protest, and the entries also suggest he was well known in comedy circles for his sidesplitting riffs on the excess greed of moneylenders and the hypocrisy of the Scribes.

Though Jesus took great pleasure in straightforward entertainment, his true passion was comedy that had a message, which was the motivation behind his biggest project warning people of the danger of uncritically accepting new prophets. The diaries describe how Jesus worried that his stunt might be too successful and get out of control. That is why made sure his new ‘religion’ was carefully constructed as a tolerant outlook based on love and caring for the meekest among us. In this way, if it did develop a fanatical following, it could only benefit humankind and would not lead to violence as that would contravene its most fundamental dictates. But even he was shocked at how quickly his pretend faith was adopted and shared wildly from one person to another. Still, when he was arrested by the authorities, he assured his friends there was nothing to worry about, as he was only a harmless comedian. When he was subsequently crucified, they were in a state of shock, and unsure what to do. A debate ensued, which is described in full detail, during which they decided to play out the ruse whatever the risks, because, as they record:

“It’s what Jesus would have wanted.”

They even heightened the joke by circulating rumors of a ‘resurrection’, and took elements of their friend’s all-too-brief life to write a number of well-received gospels, all with the ultimate goal of revealing the prank and forcing people into a state of fully-fledged reflection. However, they failed to anticipate the reluctance of people to admit they had been duped, even when provided with ample evidence of that fact. Not willing to accept egg on its face, Roman authorities suppressed all evidence of the prank, and ironically would go on to allow Christianity to thrive, and, ultimately, convey immortal status on the humble comic they had crucified by making Christianity the formal religion of the Empire.

In the end, it appears Jesus is finally going to achieve his objective, albeit almost two millennia later than intended. Certainly there will be cause for reflection at all the killing and oppression carried out in the name of a religion that was both peaceful and bogus in its conception. Certain denominations will be less affected than others. Episcopalians, who tend to be more in it for the music and the social aspect, can presumably continue on much as before. But those who have ‘bet the store’ on the more fanciful inventions of Jesus’s imagination have some serious thinking to do. Chief among these is the Catholic Church with its insistence on the reality of trans-substantiation and other dogma, though it should be noted that many of these, such as the requirement of celibacy, were not conceived by the Prince of Peace himself, but much later, possibly also as a windup.

No-one, of course, is more affected than Pope Francis, who is effectively out of work after little more than two years on the job, and who’s popular activist pronouncements can now be understood as an effort to back off some of the Church’s more egregious beliefs, given what he knew was to come.

“When you take away all the Jesus stuff what you’re basically left with is Judaism, and they don’t need a Pope. Oh Vey!”

The Pontiff’s despair may, however, be premature and there is talk in ecclesiastical circles that this need not spell the demise of the Catholic Church, but might instead present a huge opportunity. Some are arguing that the Church does much good work and that this revelation will allow them to ditch the dogmatic principles that seem so at odds with basic humanity and move forward based on the core principle of “do to others what you want them to do to you”. Said one Cardinal who was very optimistic for the future:

“If God’s all powerful and can do His holy work through anyone, then why not a comic?”