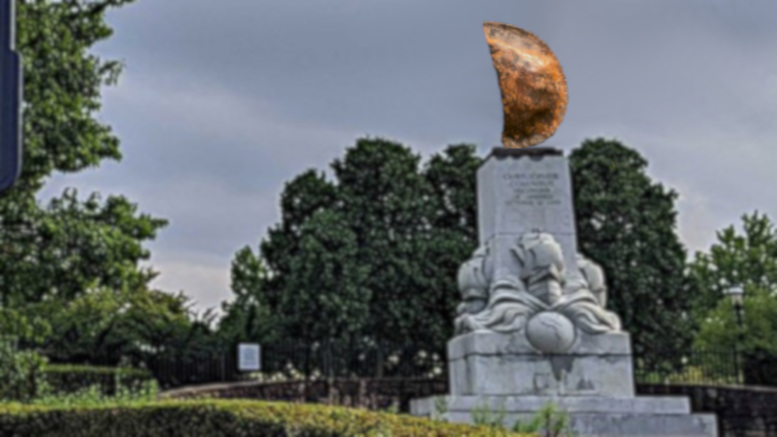 (Pittsburgh, PA) A controversial statue of Christopher Columbus has been removed from its place of prominence in the East End’s Schenley Park, and replaced with ‘Pierogi In Bronze’, a lesser-known work by Pittsburgh native Andy Warhol that was being kept in storage by the Museum that shares his name on the Northside. The switch was made secretly after dusk on Friday night by city workers to avoid the changeover becoming a flash point for protests. Defending the switch, Mayor Bill Peduto said it was the only thing he could think of that wouldn’t offend absolutely everybody, and it was only temporary anyway while a permanent replacement was selected. But that didn’t stop the Mayor’s critics from making their displeasure known.

The change is not certainly expected to go down well in parts of Bloomfield, as Italian-American Pittsburghers lament losing out to their Polish-American neighbors.

“We’ve already had to put up with the BBT right on our home turf for all those years, so this is a real slap in the face.”

Residents of Polish Hill, as well as fans of the avant-garde artist, has been asked not to gloat too much in front of Pittsburghers disappointed by the removal.