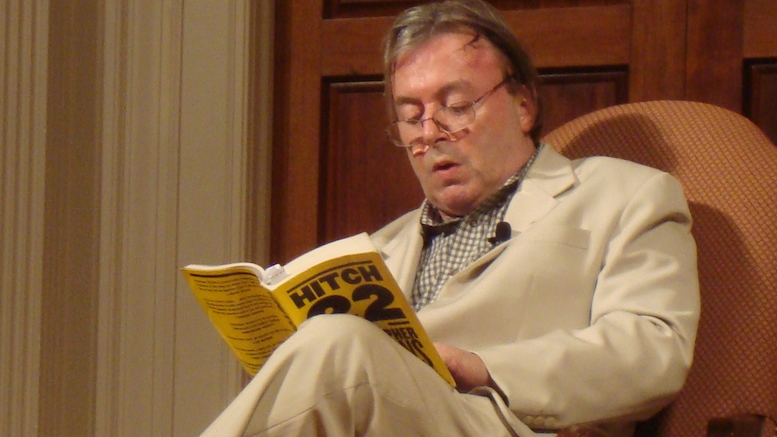 Though God normally lets atheists to vanish into nothingness instead of dispatching their souls to heaven or the underworld, in an instance of foul temper God has reportedly chosen to reanimate the entity that is Christopher Hitchens.

Hitchens, who died of cancer in 2011 after a storied career as an essayist and journalist, was clearly not amused at this attempt to undermine his legacy, which included authoring books such as ‘God Is Not Great’.

“Much as I am enjoying this opportunity to have yet another boozy lunch with the press to report on my return to the world of the living, I am not amused.”

This is believed to be only the third time God has done this, after bringing Bertrand Russell back to life briefly in 1973 to ‘teach him a lesson’, which followed the famous resurrection of son Jesus (who somewhat confusingly is also God) after his crucifixion in 0000.

When asked to comment on this development – and if he had anything good to say about God for giving him a new lease on life even if it was motivated by spite – Hitchens was as tough on the deity as ever.

“When I was alive the first time I often said that if God did exist then he/she is the biggest arsehole that ever was given all the suffering in the world. This latest dick move is further proof of that thesis.”