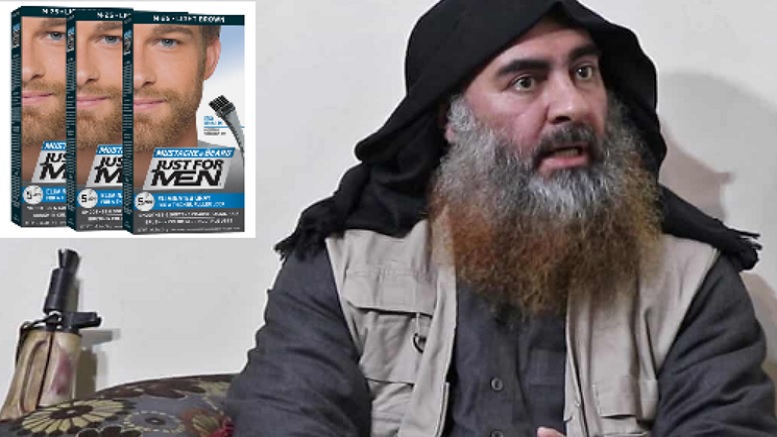 
News reports have detailed how the wife of Abu Bakr al Baghdadi has helped in the search for the ISIS leader, who recently released a propaganda film for the first time in years.

However CIA sources say that is not their hottest lead right now, given what they saw in the video.

“We could see that he used to dye his beard but has obviously not been able to recently.”

Using their vast intelligence gathering capabilities, a large shipment of “Just For Men” destined for somewhere near Mosul was identified, which they are now following closely. They rejected the idea that the ISIS leader would simply abandon it.

“Murderous narcissist demagogues tend to be quite vain about their appearance.”

On hearing about the latest about efforts to locate him,
Abu Bakr al Baghdadi was defiant.

“I will be back to kill the western dogs, just as soon as I look decent.”