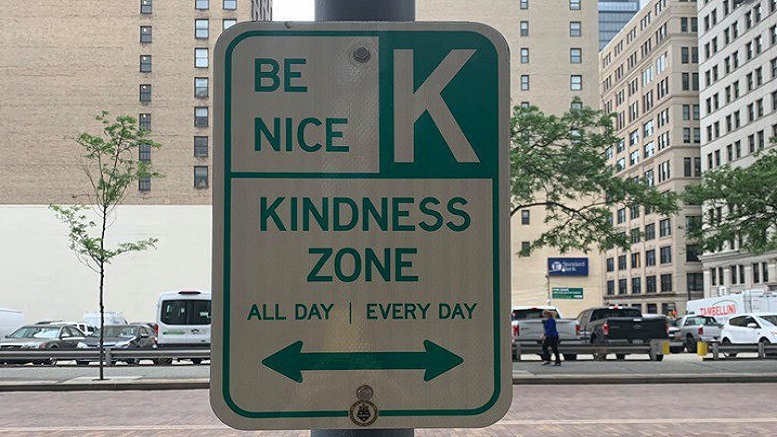 There are some new signs up around the city promoting ‘Kindness Zones’ in what City Council said is a new initiative that will lead to public purse bursting at the seams.

“This new measure is about honoring Fred Rogers, but it’s also about how much money we’ll make by fining violators.”

“Obviously we wouldn’t make any money off Fred Rogers were he still with us, but when it comes to your average city resident CHA-CHING!”

In a remarkable coup, he managed to make the ordinance applicable city-wide wide without restriction, meaning you can be ticketed for being grumpy and unhelpful anywhere within city limits at any time.

“Liberty Avenue alone will probably bring in more than the occupation tax, and South Side is officially a gold mine!”

Peduto warned that complaining about the new measure will itself be treated as an unkind act.

“You know what that means.”