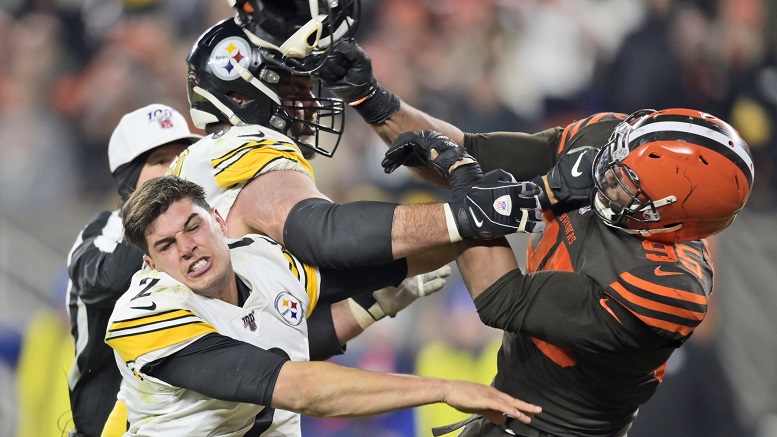 Pittsburgh woke up to a new reality today after learning that it is now officially at war with the nearby city of Cleveland. Though a low-level conflict between the two cities has existed for decades, forces of moderation on both sides prevented it from escalating into a full-blown war. But that all changed near the end of the Steelers versus Browns matchup on Thursday night.

“Yinz don’t hit our quarterback with a helmet without consequences, n’at.”

Mayor Peduto has called for a state of ‘total war’, in which every possible resource is brought to bear to defeat the enemy.

“We will grind the Mistake-On-The-Lake into dust, and resettle it in our own image with Primanti’s and bike lanes.”

Though Pittsburgh compares favorably in terms of conventional forces, there are concerns that a ‘fifth column’ loyal to Cleveland may already be present here. City residents are asked to be on the lookout for anyone trying ‘too hard’ to appear like a local and to turn them in to authorities.

“Or just throw them on a passing barge destined for the Mississippi.”

A ground invasion is expected to difficult for Cleveland due to the large number of tunnels and bridges that would need to be taken, though they may be left undefended due to Pittsburghers’ innate fear of them.

“We must overcome our private demons if we are to prevail in this existential struggle.”

An initial plan to install tank traps on streets downtown to help defend the Golden Triangle was abandoned when City officials realized they were not necessary.

“The sinkholes will swallow them up.”

64 Comments on "City Of Pittsburgh Declares War On Cleveland"