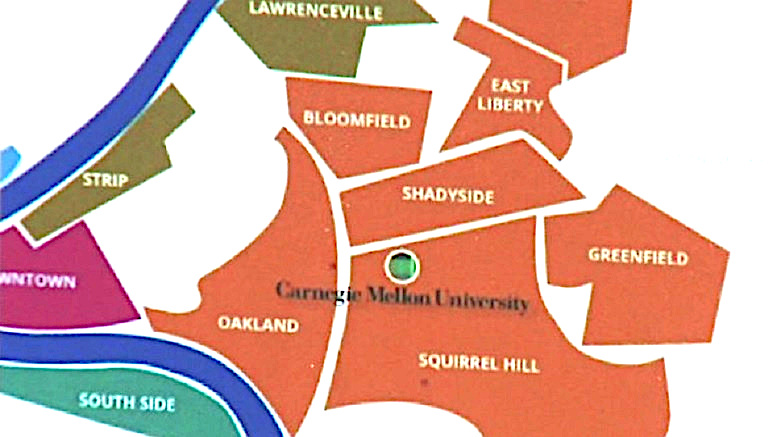 Local cradle of higher education Carnegie-Mellon University has apologized for a map that depicted the college and surrounding neighborhoods with some notable exceptions – namely predominantly black neighborhoods like the Hill District and Garfield.

“We deeply regret any offense we have caused Pittsburgh’s white community by this shameful omission.”

University officials say the omission was entirely unintended and recognize why it is so important to complete the map.

“These are the very neighborhoods you traverse to go downtown or go to in search of cheap used tires.”

When asked why its apology was directed only at white people and not peole of color too, the CMU press office said there was a simple explanation.

“We posted signs around campus instead for all of Pittsburgh’s asians and brown people to see.”

They said they hope the matter can be considerd closed so they can get back to applying their genius minds to sending acceptance letters to the wrong people yet again.