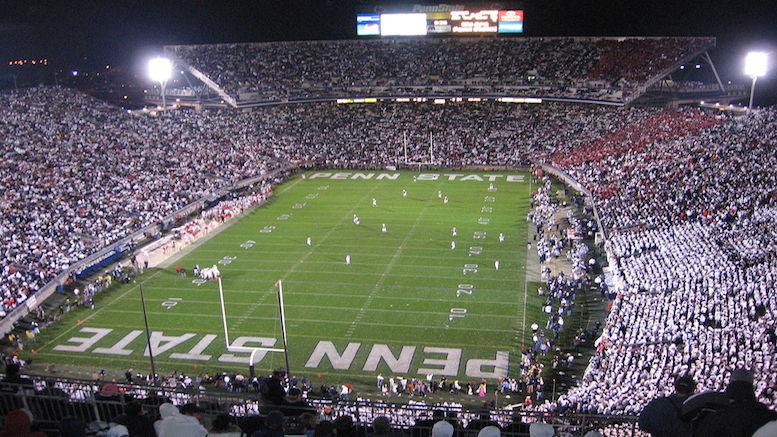 In the latest fallout from the Sandusky scandal, a former Penn State assistant coach has come to re-evaluate whether he was ever really a part of Joe Paterno’s formidable football program after all.

“I kind of knew I would never make it in coaching long term, but I always felt proud that JoePa thought I was good enough to be useful to him back then.”

When the Sandusky scandal hit the front pages in 2011, he assumed it was just chance that he personally had never happened upon any criminal sexual abuse, but recent revelations have caused him to question his years as an assistant coach for Paterno.

“Seems like everyone involved in that program witnessed some sexual abuse except me, and it’s now clear that it was going on all the time. I guess I wasn’t part of the inner circle like I thought after all.”

He doesn’t remember even seeing inappropriate touching or grooming taking place in the shower facilities and locker rooms – and now realizes he barely remembers ever being at the Penn State sports facilities at all.

“I recall thinking at the time that they didn’t seem to need me much. I asked Joe about it but he assured me I was just as much of an assistant coach as all the others.”

Now he’s finally realized that he was only being humored by Paterno, who didn’t really see him as assistant coach material and hardly ever asked him to be present, but presumably didn’t have the heart to tell him he wasn’t good enough.

“He could have just been frank with me, instead of leading me on but not including me so that I never got to learn from him or witness sexual abuse like everyone else.”

When asked what he thinks about calls to yet again remove Paterno’s winning record, the former assistant-coach-in-name-only doesn’t see it matters much either way.

“My feeling is that a winning record that immediately makes everyone think of an evil sexual predator probably isn’t one worth having.”