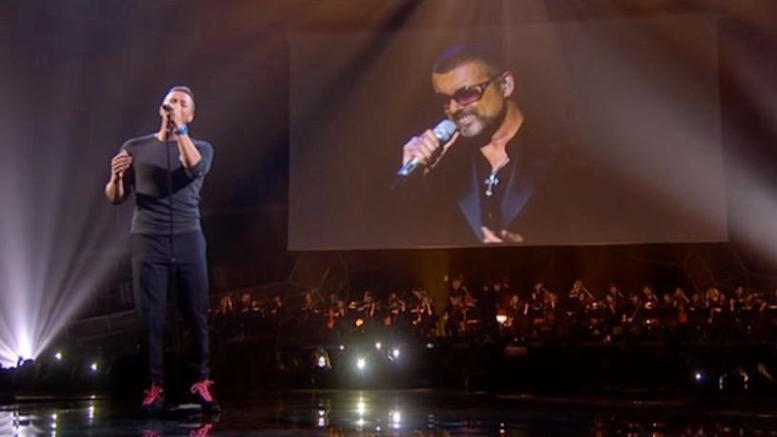 (London, UK) A centerpiece of the 2017 BRIT Awards was the tribute to the late great George Michael who sadly passed over Christmas. The tribute was performed by Chris Martin and as soon as he started singing it became abundantly clear what an inspired choice he was according to those present.

“In that moment I truly lamented the loss of George Michael – his voice, his looks, his charisma, and his fashion sense.  Thank you, Chris Martin.”

Even better was when the tribute transitioned to a duet with Martin singing along with the late ex-Wham member – which further underscored just how much we’d lost.

Martin’s tribute is being favorably compared with another fantastic tribute performance by Lady Gaga at the 2016 Grammys following the loss of David Bowie. Those lucky enough to have seen it in person all rave about how successful it was.

“What a marvelous tribute! I can honestly say I desperately missed the presence of David Bowie for every second of it.”

“She sounded fantastic and conveyed the power of Bowie’s Life on Mars with aplomb.”

A total failure tribute-wise in other words.