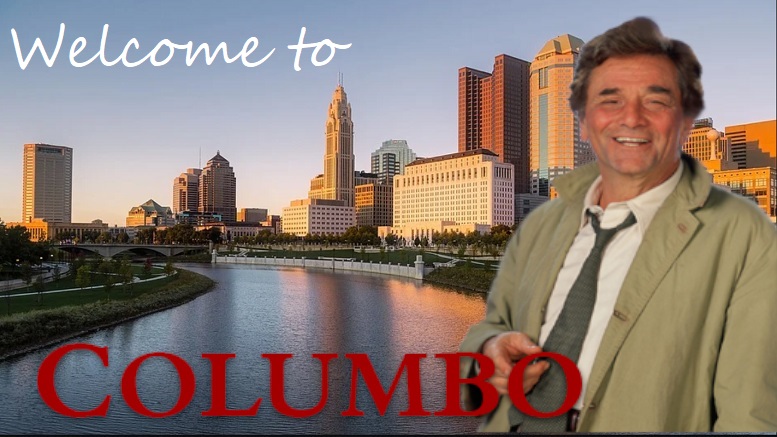 (Columbo, OH) In keeping with evolving public sentiment, the former city of Columbus in the state of Ohio today announced it has changed its name to Columbo, Ohio, effective immediately.

Speaking from the steps of City Hall on West Broad Street, Mayor Ginther said this was a great day for Columbo. Representatives of indigenous groups said they were unsure about renaming the city after yet another white male of Italian origin, but conceded that, you couldn’t do any better than the bumbling detective make famous by the late Peter Falk.

“I mean, who doesn’t love Columbo?”

There were some grumblings from locals that Columbo has no connection to the metropolis formerly known as Columbus, but that issue was soon cleared up.

“A quick google search shows the Peugeot driven by Columbo in the NBC series ended up in Ohio after being sold off, which is good enough for us.”

36 Comments on "Columbus Ohio Changes Its Name To Columbo"