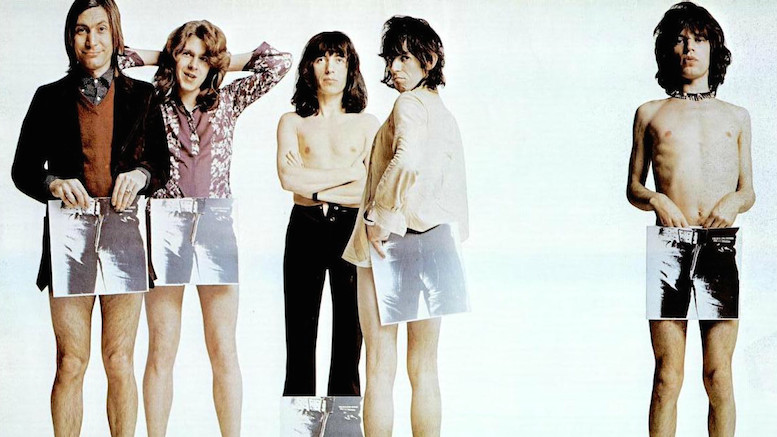 The Rolling Stones will bring their Zipcode tour to Heinz Field this weekend, with Awolnation playing support. Initially they had hoped the main Saturday event could be held at the West View Park location where they first appeared here in 1964, but unfortunately that was closed almost 40 years ago, and is now a stripmall. Keith Richards was characteristically upset:

“What gives, Pittsburgh? Why you tearing down venues right after we play them?”

Local journalists tried to explain how the historic park and dance hall had been closed in 1977, and that was still over a decade after they had played there, but this only incensed the gritty guitarist further. A pretty brown-eyed groupie with the band explained that, with all the drugs they’ve taken, most of the Stones don’t realize how much time has passed, or how old they are.

“They still think I’m my grandmother.”

Only Charlie Watts seemed to be aware that more than a half-century has elapsed since their first Pittsburgh appearance.

“Maybe when one of us dies of natural causes the rest of them will twig that we all qualified for a pension years ago. But probably not.”

Some of the original fans struggle to hide the sense of bitterness they feel about how things have worked out for them versus the Stones. These include 71 year old Pete Kinshecki, a retired pastor from Reserve Township, who, despite never smoking, drinking, taking drugs, or indiscriminately mating with hoards of young women along with the occasional man for shits and giggles, nevertheless suffers from a wide range of physical ailments that keep him largely house bound.

“Other than attending that Rolling Stones concert in 1964, my life has been a textbook example of Christian living and moderation.”

He admits feeling resentment at the fact that Jagger and Co. are still able to bound about the stage like 25 year olds despite all the abuse they have visited upon their bodies, whereas he can barely make it to the Elks Lodge for bingo night, and only then with an oxygen tank in tow. But he consoles himself with the fact that he shall be rewarded in heaven for all his thwarted desire here on earth, and even feels pity for the Stones when he thinks of them appearing at the Pearly Gates.

After hearing some of their most enthusiastic fans from the 1964 event weren’t going to be able to make it to the Heinz Field concert on Saturday, the Stones decided to take the show to them. Said Jagger:

“Yeah s’like when I found out a whole bunch of them were chilling in the same locale, I says lets do an impromptu gig for them. Anyone else is welcome to come along too. It’ll be at…”

He pauses to confirm the location with a roadie.

“…North Side Catholic Cemetery, just off Babcock Boulevard where the Sheetz is.”

Be the first to comment on "Concert Preview: Rolling Stones Make Time For Fans From Their First Pittsburgh Performance In 1964"