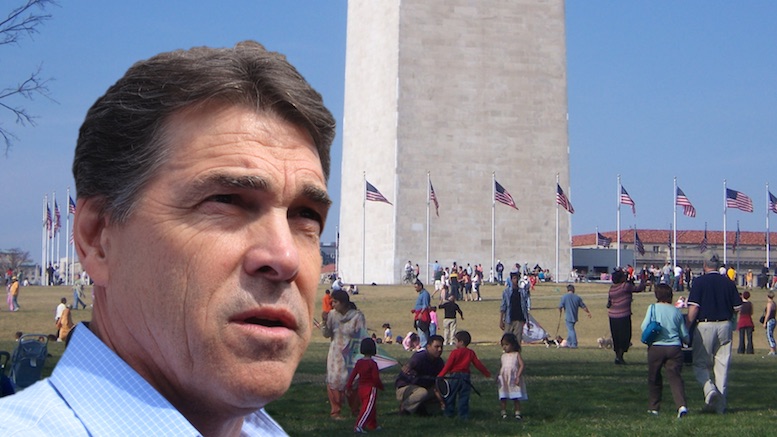 A pair of Japanese Tourists had a surprise at the Washington Monument when they were approached by Rick Perry who wanted to know how to get to the Government Department he’s going to be head of, as well as what that department was.

The confused former Governor of Texas told them he was fairly certain it was one he’d promised to shut down during the primaries, and it wasn’t Education as that had gone to Betsy DeVos.

The couple from Tokyo were unable to provide exact directions, but were able to inform Perry he was to head the Department of Energy.

They also said they hoped he would not have contend with a disaster like Fukushima, which Perry took to mean a bad sushi experience.