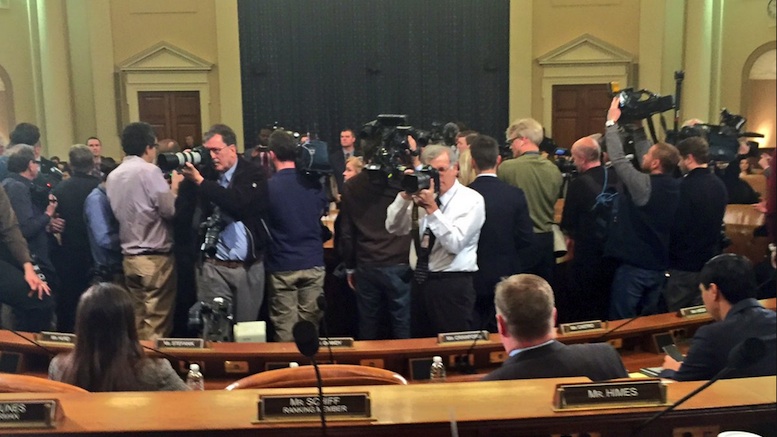 (Washington, DC) Members of the House proved their worth today after their dogged pursuit of the truth uncovered a shocking secret.

“Prepare yourselves because this is a big one – our President is not the most honest of folks.”

Despite having hardly anything to work with, the persistent Representatives showed how much we depend on them by unmasking dark truths that no-one had even suspected until now.

“Donald Trump sometimes exaggerates, or even makes thing up!”

So disturbing were the revelations the hardworking committee members uncovered, that they even debated whether to reveal them at all.

“We just hate to destroy the people’s innocence like this.”

Next they plan to investigate whether the tax code favors rich people.