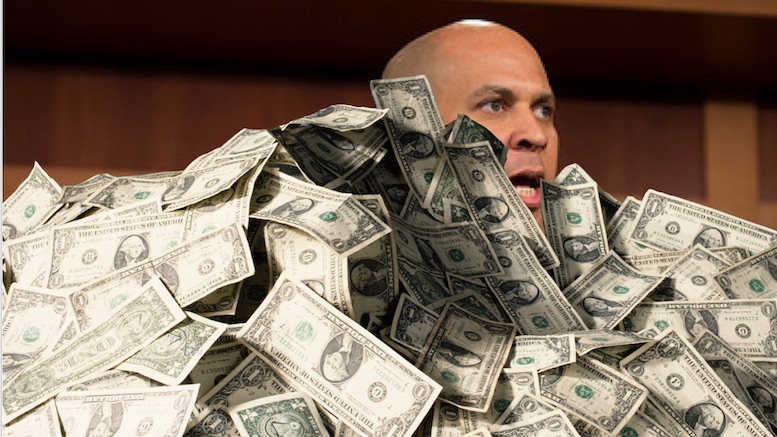 New Jersey Senator and rising Democratic star Cory Booker has been drawing flack from progressives after joining Republicans to vote down a Bernie Sanders bill to exert downward pressure on inflated prescription drug prices prices by importing them from Canada.

Booker appealed for understanding today, saying he had a valid excuse for not voting for the measure, as he was physically prevented from reaching the Senate floor by a huge pile of pharma cash that was blocking his way.

When it was pointed out that he actually did make it in time and voted to strike down the bill, Booker maintained as he was so physically exhausted from clearing the enormous sums of money blocking his path that he was disoriented by the time he got there and voted the wrong way by mistake.

“Do you know how hard is it to scale over $250,000 in dollar bills piled high in your office doorway? I’m lucky I got out of there alive!”

Sadly, Booker’s difficulties casting votes to help ordinary people are expected to get worse, not better.

“As if my problems weren’t bad enough already, this formidable obstacle that always seems to be in my way is not getting smaller but keeps growing.”