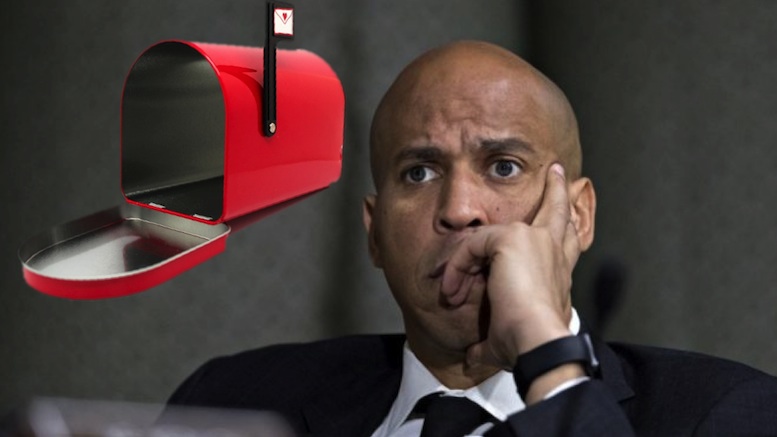 After learning that former President Obama, Hillary Clinton, and other big-name Democrats had been targeted with explosive devices, Cory Booker has let it be known the situation is utterly unacceptable to him.

The junior Senator from New Jersey and Presidential hopeful spent the day repeatedly checking his mailbox and demanding to know if Maxine Waters had received one.

Meanwhile, Bernie Sanders called police to say his front yard has been mined, though a neighbor claims to have seen the Vermont Senator digging holes and burying trashcan lids.

“He swears the banks did it, but I know what I saw.”

As a package was also sent to CNN, security officials have reached out to other media organizations for help with filtering their mail.

“They all took us up on the offer, except FOX News, who said they really weren’t all that concerned.”

1 Comment on "Cory Booker Inconsolable After Finding Mailbox Is Empty"