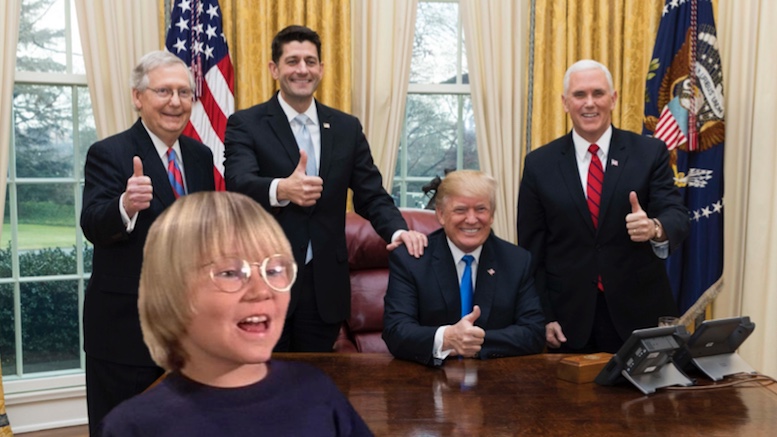 In the latest White House shakeup, which usually involves people leaving rather than joining, a new appointee is rapidly commanding his own power base.

“He’s already as influential as Steve Bannon once was.”

Cousin Oliver, to use his preferred title, is a full member of the cabinet without portfolio, meaning he can take the oars where needed, with talk of a de facto co-Presidency not out of the question.

“Expect to see Cousin Oliver become the new face of this administration.”

Critics, however, say that, though this will undoubtedly lead to an increase in popularity in the short term, the move reeks of desperation and they expect the Trump presidency to be cancelled by the end of the year.

“This White House has just jumped the shark.”