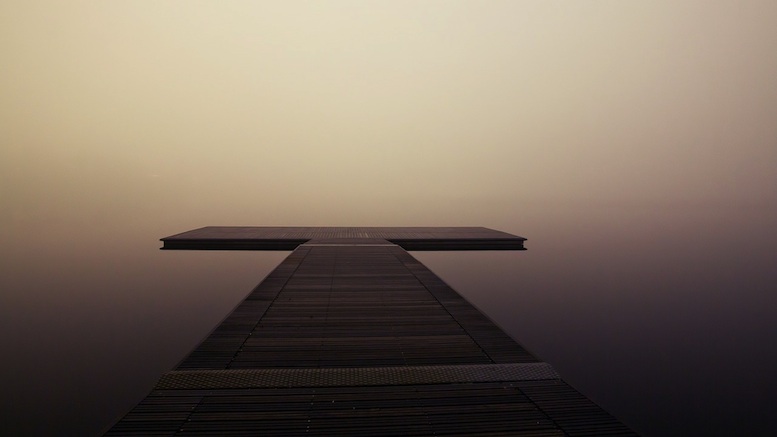 [Downtown Pittsburgh, PA] Bob Reynolds did the best job he could of pretending to be surprised when his coworkers threw a party for him on the occasion of his 50th birthday, though in truth he suspected something when he saw a giant box in the break room refrigerator. Being a good sport, he didn’t object when they made him hike up his pants and read aloud all the hilarious age-related birthday cards they had given him.

Then Freja Bjornberg – who had transferred from the Swedish branch as part of the executive training program – gave Bob her card. It featured a simple sepia-tone vignette of a lakeside scene with weeping willows printed on deckle edged textured ivory cardstock.

Inside, in addition to her handwritten felicitations, were the final lines of Edmund Gosse’s translation of ‘Eternity’ by Swedish poet Erik Johan Stagnelius.

“There is no backward step; ’tis only death
Can still these cores of wasting fire that burn,
Can break the chain, the captive liberate.”

As with the previous cards, Bob read the contents in full to the assembled well-wishers. Though he started out with a booming jocular voice that had worked just fine for the droll incantations about developing man boobs and needing adult diapers, by the end of this particular recital his voice was quivering as the full meaning of death as being both sad and inevitable, but also a sweet release from the pains and bonds of daily existence, dawned on him for the first time in his life.

The situation became increasingly perilous as a Nordic sense of gloom descended upon the entire office. Despite it being a bright sunny day in early September, fog tumbled inexplicably down from Mount Washington and encased the upper floors of One Oxford Center. Though Freja was able to cope with – and even enjoy – such a strangely beautiful moment, this was only on account of her Scandinavian upbringing, steeped as it was in the theatre of Ibsen and the films of Igmar Bergman.

The rest of the office were woefully unprepared for the profound introspection they were on the cusp of experiencing, having been raised largely on a diet of Adam Sandler movies and the only-slightly-more-useful musings of Judd Apatow. Thusly they had only ever learned to acknowledge the cruel passage of time and our inescapable mortality by employing vulgar humor of the type usually first encountered during adolescence, which, not unrelatedly, is a time when we are both acutely aware of death but also seemingly immune to its fearsome reality.