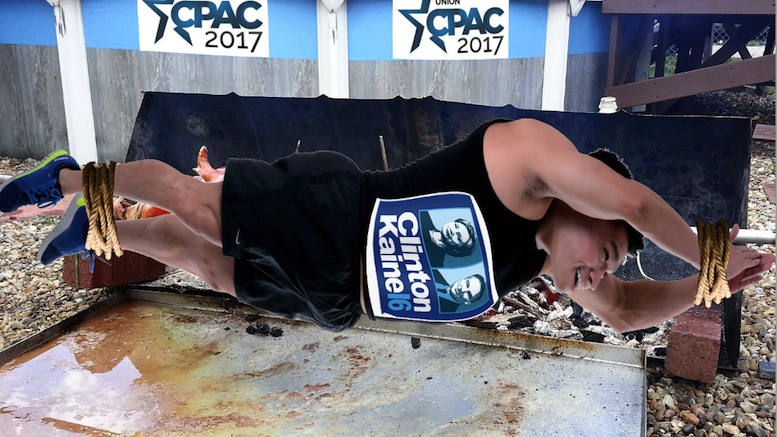 The smell of slow-cooked liberal was in the air in National Harbor, MD, today as the Conservative Political Action Conference held its traditional ‘Spit-roast a Liberal’ lunchtime event.

Having been exposed to a barnstorming set of speeches spearheaded by a devilish Steve Bannon, audiences were more than ready to dig in to their sworn enemy along with corn on the cob and a side of barbeque baked beans.

The liberal was caught during the annual Cuck Hunt held earlier in the day. CPAC attendees were torn between going after a Bernie supporter or one of Hillary’s, and settled on the latter after determining the former might be too scrawny.

The cannibalism on display at CPAC has long been criticized, but organizers defend it by pointing out that it is one of the more civilized elements of the four-day grassroots program.