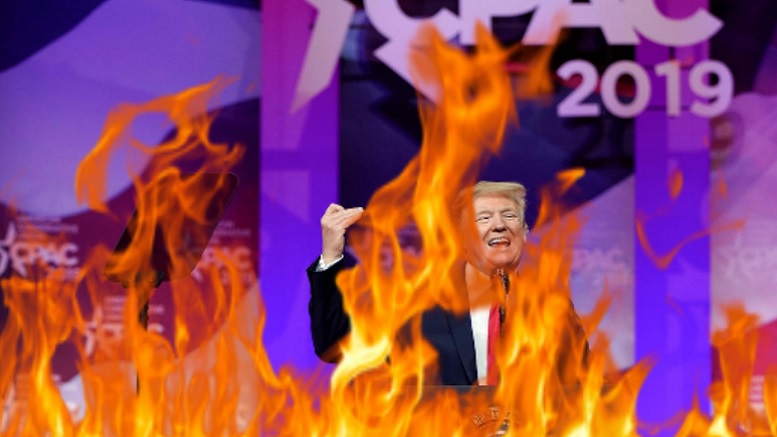 (National Harbor, MD) The Conservative Political Action Conference has come to an abrupt end, after a fire engulfed the building in which it was being held.

“Fortunately nobody was hurt, except the person who had to save President Trump using a fireman’s lift.”

Fire Chiefs listed the cause as being the burning of too many AOC effigies at once in a confined space.

“AOC effigies really ought to be burned outside, if at all.”

This now raises the question of whether the conference should be granted a permit next year, given how dangerous it is from the fire marshal’s perspective.

“You’d think it would be full of reasoned conservative debate, but it’s mostly trashing AOC and that MyPillow guy rambling on about god.”