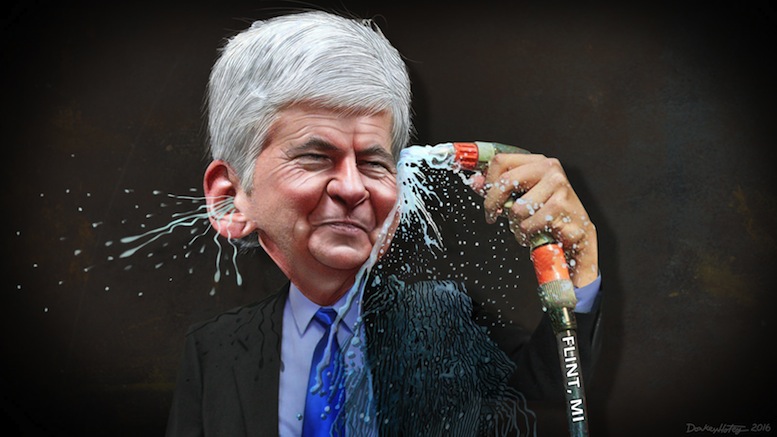 On a local radio program, embattled Michigan Governor Rick Snyder has revealed that people have been less than friendly to him after he and his cronies poisoned them by switching to a dangerous water source to save a buck. He told WWJ Newsradio 950 that he is very disappointed to learn that his fellow Michiganders would even consider hurting his feelings over something so slight as impairing their children’s brain development.

“Some people can be so heartless.”

The Governor says even Washington is displaying the same callous attitude towards him now.

“What has this Country come to if you can be hauled before Congress for something as innocent as ignoring people’s complaints that you’re killing them.”

He said the people should show some spirit and grin and bear it, just like they do during the harsh winters. He added that snow could always be melted down to make pure water if people in Flint are so bothered about theirs containing heavy metals and assorted pathogens.

“Even if I did all these terrible things people accuse me of, they should cut me some slack for giving my friends at General Motors a separate clean water hookup after they complained the water was corroding car parts when they washed them.”

Governor Snyder says that he’s not going to let it get to him, though, so they might as well stop giving him a hard time.