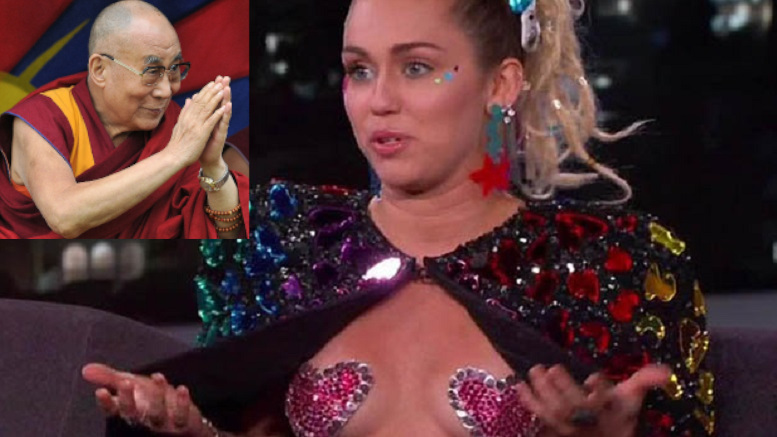 Facing hot water for his recent comments, the Dalai Lama has clarified that all he was concerned with was the best interests of the spiritual well being of all humankind.

“I simply want to ensure the next Dalai Lama’s message of universal peace attracts as much attention as possible – and we all know how that works.”

Though the Dalai Lama has spent a lot of time with Lady Gaga, he revealed today that Miley Cyrus is his preferred successor.

“The meat dress thing doesn’t really work for me and Miss Cyrus also has youth on her side.”

He also highlighted Miley Cyrus’s pop music videos, which rely less on Lady Gaga’s fantastic changes of outfits, and more on the absence of outfits.

“If only I had thought to make a promotional video show my buttocks atop a wrecking ball I would already have China on the ropes.”