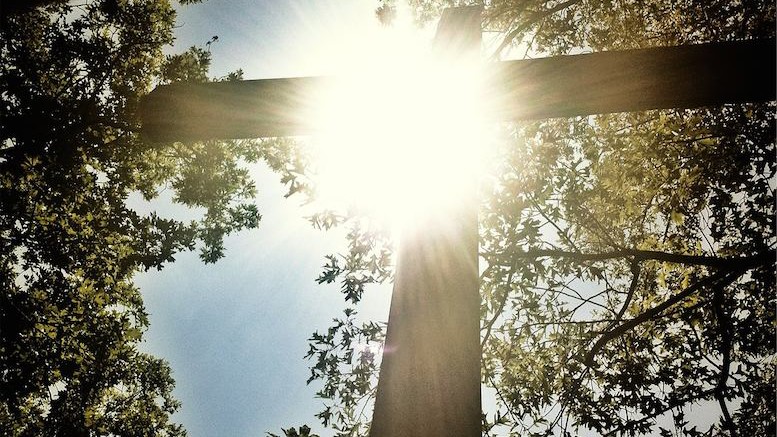 Fervent churchgoer Tom Barndale had his life turned up-side-down when he got into an argument with a relative whose life he was trying to save by convincing her to let his pastor push her head underwater. He warned her that atheism was a sin, and she retorted that you shouldn’t criticize something until you’ve tried it.

The words stuck, and Tom resolved to take up the challenge. He decided to pick a whole day to try out believing in the total absence of a higher power, and ended up picking a Sunday.

“I got to lie in and watch the political shows in my pajamas. It felt weird at first but I became quickly accustomed to it!”

But it was when he left his house and encountered other people that Tom started to get truly afraid.

“I kept expecting to lose my moral grounding and become a homicidal maniac as I had no Godhead to guide me. But I didn’t even become mean, let alone kill my fellow man.”

If anything he felt like a nicer person as he had a pleasant conversation with a local gay couple that he would normally have avoided for fear that Almighty God would take it as an endorsement of their unbiblical lifestyle.

“I just thought they’re not harming anyone else and there’s no afterlife to worry about so what they do together is their own business. I can’t believe I just said that. Wow!”

Tom’s happy experience did turn a little sour when he came across a gathering of New Atheists discussing a Richard Dawkins book at the local coffee shop. He joined them and soon found himself agreeing with much of what they said, but then he suggested that there was something worth exploring about our yearning for something more, even if it’s only the feeling itself that is real.

“They immediately turned on me and began screaming that my thought process was irrational and defective. They seemed so angry and hateful that for a second I thought I was back in church again.”

Tom is now contemplating trying out agnosticism next Sunday to see what’s that’s all about, and because he doesn’t want to miss Face The Nation on CBS with John Dickerson.