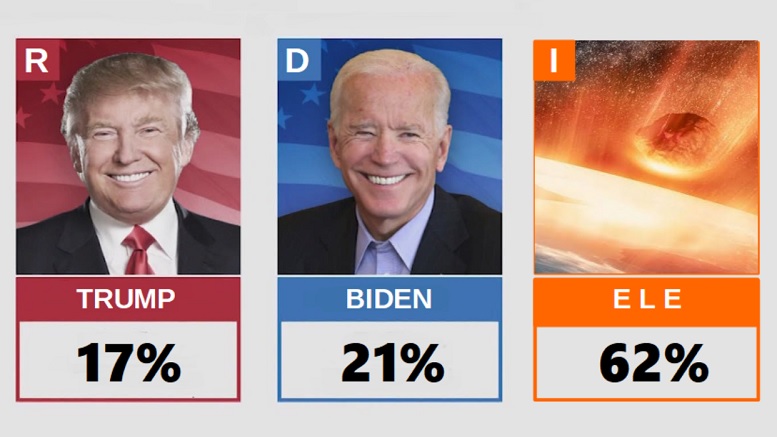 A new poll asking voters who they would like to see prevail in 2020 has been won by a surprise candidate, Extinction Level Event, that had previously been written off by political observers as having next to no chance. Running as an independent under the slogan “Let’s get it over with already”, Extinction Level Event has emerged as a strong front-runner after making a persuasive case that it could make life better for the average American.

“It posed the simple question: Will you be better off with me or without me four years from now?”

Though Extinction Level Event has always been in the running, it has generally received little support other than from fringe groups, as its core policy of sterilizing the planet through roasting temperatures and stripping the atmosphere of oxygen failed to capture the imagination of the general public. Until now, that is.

Extinction Level Event’s proposal for managing the Coronavirus pandemic is also proving to be a bit hit with voters.

“Extinction Level Event plans to completely eradicate it – admittedly along with all other forms of life on Earth, but it’s still better than any other plan I’ve heard.”