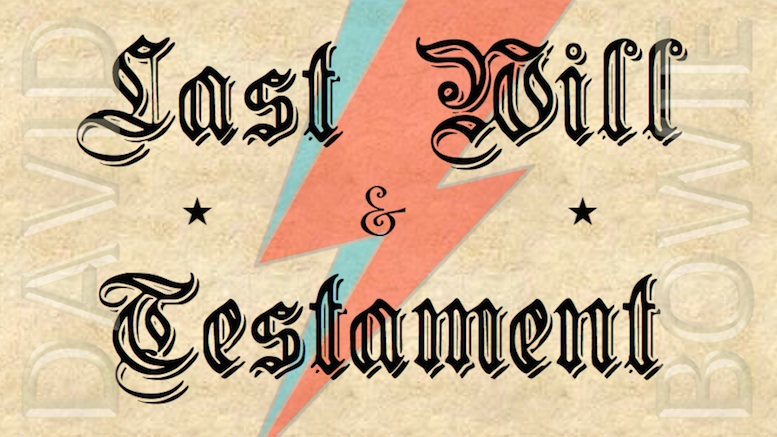 Lawyers working on the estate of the late David Bowie have given their first impressions of the late artist’s last will and testament, and the unanimous verdict is it on a par with his 70s period and his recent stunning album, Blackstar.

“I’ve read through it five times now, and it just keeps getting better.”

They quickly brushed aside questions about who the beneficiaries are, as they maintain such a pedestrian approach does not work when talking about anything written by the Thin White Duke.

“This is a legal document of immense power, but it works best at a subconscious level, and not in the dull precise way that most wills do.”

The document appears to draw on a wide variety of legal styles, with echoes of Earl Warren and Alan Dershowitz present, as well as the florid turns and incisive posturing that Justices Scalia and Sotomayor are known for, showing that Bowie stayed interested in the contemporary jurisprudence scene right up to the end. But they confess that any attempt to parse the various influences he borrowed from only gets at half the truth.

They say it may be decades before anyone truly understands what Mr. Bowie’s last will and testament means, and even then it will be viewed through the lens of all the future wills that will take their inspiration from his.

“Given the impossibility of ever divining what the genius behind Station to Station means in precise terms, we’re just going to cross our fingers and hope he meant for his wealth to go to Iman and the kids, with something set aside for his long-time assistant Coco Schwab and his son’s childhood nanny.”