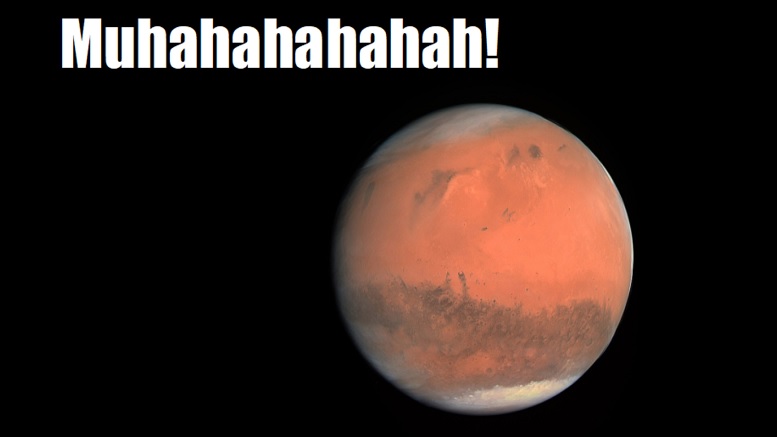 In yet another example of his poor negotiating skills in international – and now interplanetary – relations, President Trump has apparently ceded the Moon to Mars according to a NASA source.

“What concession did he extract from Mars in exchange for gifting it our Moon. Nothing, that’s what. So much for Dealmaker in Chief!”

Despite recent tough talk about Mexico, Trump appeared to have “totally caved to the Red Planet’ when he unilaterally announced our Moon is their property.

“Mars doesn’t even have a decent moon so naturally its wants one, which you would think would be leverage to extract a good price.”

It’s raised concerns that Trump will continue to make uneven bargains to the advantage of the rest of the solar system.

“Where will this end? Is he going to give away the polar ice caps to Saturn for nothing? Like not even a ring or two?”