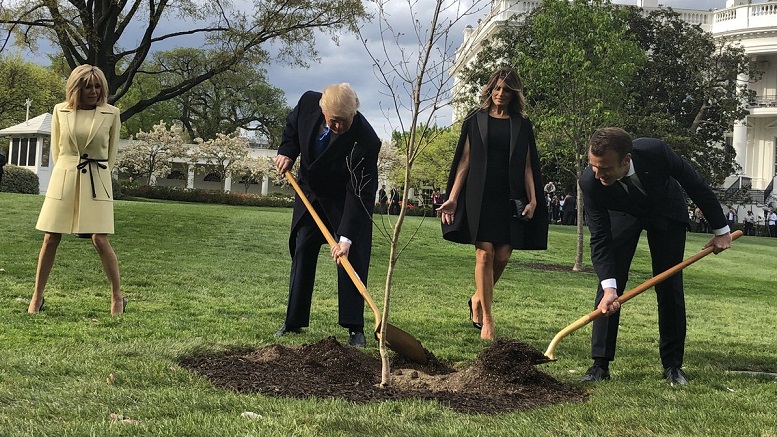 The demise of an commerative oak tree planted by French leader Emmanual Macron and President Trump on White House grounds has been ruled a suicide by an arborist investigating the incident.

“This sapling had everything it needed to survive – except the will to live.”

Though trees are normally thought of as non-sentient, they are in fact highly sensitive to their environment, especially anything toxic.

“One can only assume it thought about living for hundreds of years as a testimony to Trump’s foreign policy and decided nope that’s not for me.”

Other theories are that it was the result of a hunger strike in protest at the administration’s refusal to acknowledge climate change.

“One thing is clear – this tree was not a Trump supporter.”