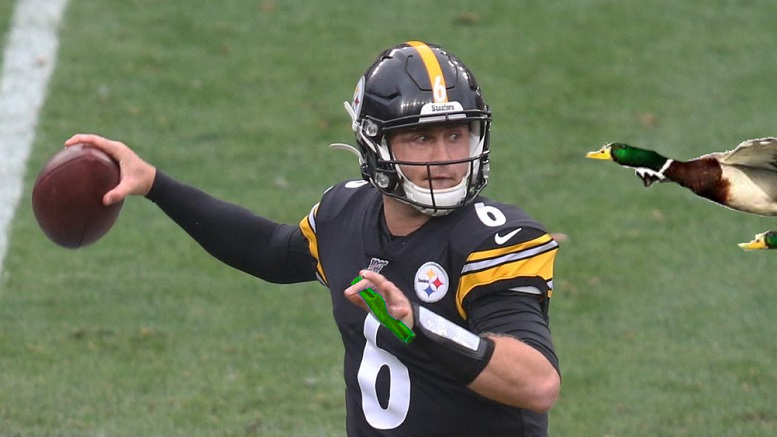 In a sign of his increasing comfort as a starter in the NFL, Pittsburgh Quarterback Delvin Hodges was seen practicising his duck calling during plays in his most recent outing. Hodges said that, though football was very important to him, he also didn’t want to fall behind in his true passion, championship duck calling.

“I figure that I can keep up with both now that I’ve discovered winning NFL games is fairly easy.”

His duck calling is at such a high level that he attacted a number of the birds to the stadium, leaving officials to wonder if there should be a flag for interferance on the field.

“Some of these ducks are excellent blockers.”

Reached for comment, coach Mike Tomlin said he had no intention of preventing Hodges from practicising his favorite past-time while executing plays on the field.

“If the car’s running smoothly, you don’t bring it into to shop.”