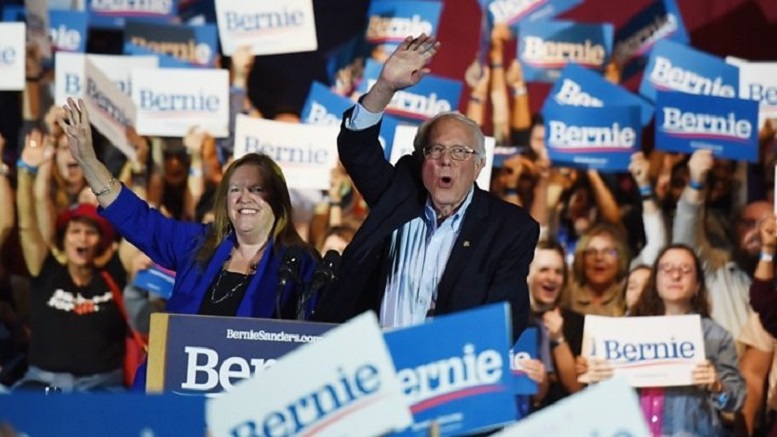 Following his very convincing Nevada win, members of the Democratic establishment expressed delight today at how much Bernie Sanders was energizing voters to come out and engage in the political process to oppose Donald Trump.

“It’s great to see – especially with all the young voters he’s inspiring. If you’ll just excuse me for a couple of hours I have to go to the toilet.”

Others commended Sanders on building a powerful grassroots movement dedicated to ensuring the Republicans do not prevail in November, before asking if anyone had a pillow handy.

“No? That’s okay as I’ll just howl into this cushion instead – I mean rest my head on it because I’m exhausted from feeling the Bern so much.”

Asked if superdelagates could override a candidate that was the overwhelming choice of caucus goers and primary voters, the DNC said it was out of the question.

“How could a party named after democracy ever do something like that? Now if it’s alright with you we just need to ball up our jackets and stuff them into our mouths.”