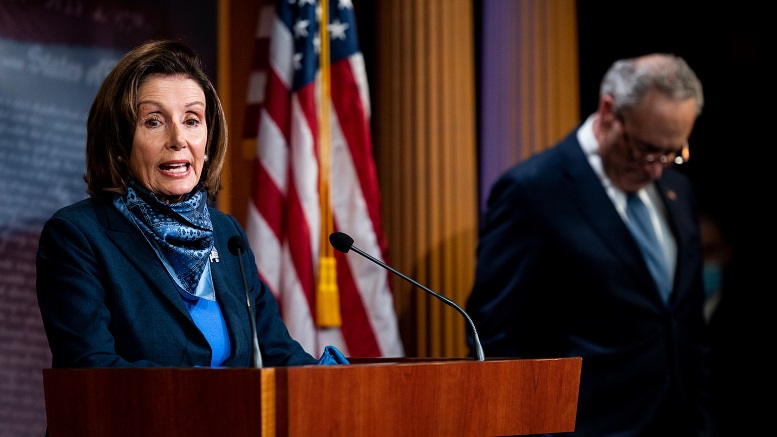 A humbled Nancy Pelosi and Chuck Schumer confessed the truth behind their desire for gun control today, saying President Trump was just too smart to be fooled by their games. Pelosi showed none of her trademark defiance as she admitted Trump had got her number on the issue.

“It’s all about getting free potatoes from Virginia farmers.”

Senate Minority leader Schumer duly admitted that his purported concern for the terrible harm caused by the unrestricted availability of weapons used in school shootings like Parkland was nothing but a convenient cover for his true motive.

“My efforts to put sensible restrictions on the availability of powerful rifles was not to prevent scores of children getting shot up in their places of learning, but to avoid paying $1.89 for McDonalds large fries by getting access to free spuds I simply have to pick out of the ground, transport home, clean, peel, cut, and deep fry instead.”

But now everyone knows they were after the potatoes all along, Pelosi and Schumer realize they can’t steal them anymore as they would immediately be suspect.

“So you might as well go ahead and pass gun control legislation anyway, since the potatoes are safe.”