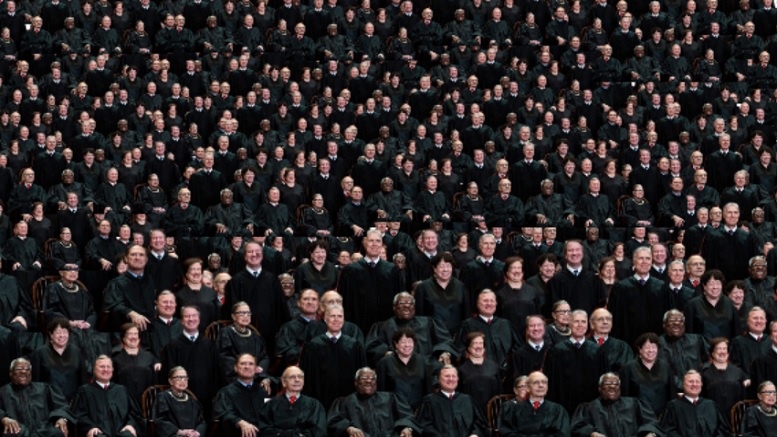 Despite facing the near certainty that President Trump and Mitch McConnell will succeed in appointing yet another conservative to the US Supreme Court, Democrats appeared buoyant today after settling on a response should they assume the levers of power in January.

“The gloves are coming off.”

Nancy Pelosi and Chuck Schumer explained that, should Biden win and the Senate flip, there will be a push-back against the Republicans’ hypocritical efforts to tilt the court rightwards.

“We will legally redress this using constitutional means by packing the court, though perhaps not in the way you’d expect.”

Concerns of a court-packing arms race – in which each party further expands the court to reflect their position when in power – appear to have been nullified by the Democrats bold plan.

“Basically we’re going to make everyone in the United States a Supreme Court Justice.”

It will also ensure the court will have a permanent liberal majority, as that is what the United States has long had with the population taken as a whole.

“People keep saying the court should reflect the whole of the country – and what better way than this!”