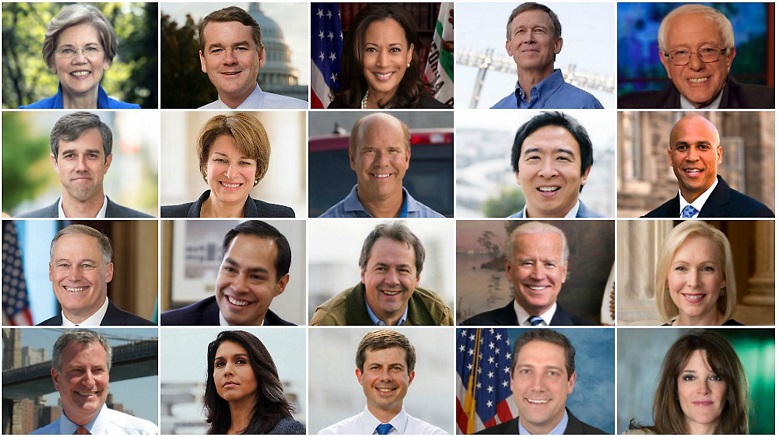 As they enter the second round of primary debates, the Democratic Party has demonstrated its ability to be firm and decisive and ready to assume power from Donald J Trump.

“Tonight we have the second round of debates featuring 20 candidates, down from a hefty 20 candidates in the first debate.”

The Party is keen to whittle down the candidate pool even further in the September debates, when tougher criteria will apply.

“Without wanting to sound too ambitious, we aim to be down to a lean 19 or 18 candidates by them.”

The plan is to then carry out further brutal culls, so that by the time the convention looms there are only a dozen or so Democratic hopefuls tearing each other to pieces instead of attacking President Trump and his loathsome policies.

“You can’t accuse us of not being decisive as we sort of chose Bernie last time, then managed to make sure Hillary won the nomination anyway so we could lose the general election like we’re supposed to.”