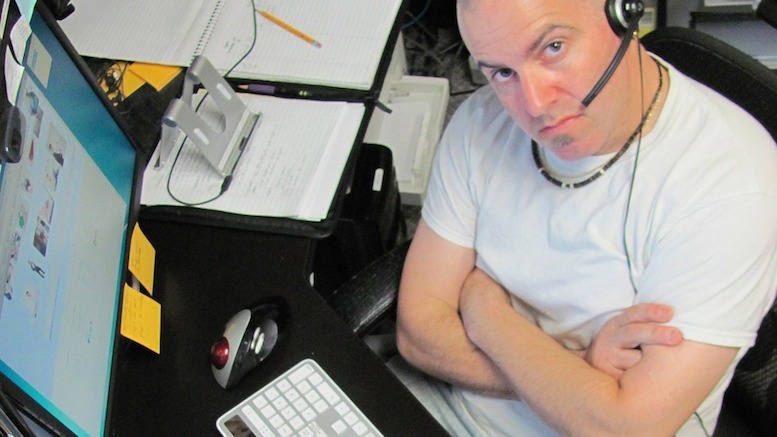 Local internet troller Jamie Sims has a problem though for the longest time the heavy internet user tried to deny it. He finally realized something must be wrong when the new Ghostbusters movie came out and he didn’t get on twitter to call Leslie Jones a worthless c**t over two hundred times.

“Clearly I wasn’t a well man.”

His despondency was also evident in the dramatic falloff in his racist comments and unsolicited mansplaining on Facebook. He barely had to energy to get into deep online arguments about who was the bigger Nazi anymore.

“On the one hand I felt I had so much hate left to give, but on the other I just felt what’s the point.”

In his despair, Jamie turned to the one place that had always been so welcoming when he was a spewer of vile invective – social media and the web.

“It had finally become too much, so I poured my heart out about how sad and hopeless I felt.”

Within seconds of posting, Jamie was inundated with messages from fellow trollers and shamers telling him he was a stupid f*gg*t who should ‘fucking kill himself already’. Some even went to the trouble of tracking down his place of work and posting messages on it’s Yelp page that they had a ‘mental’ called Jamie working for them who was probably going to shoot up the joint any day now.

“One guy even accused me of being a kiddie-fiddler, including creating a fake Facebook profile and everything. It just shows how much they care.”

Update: The good news is that it proved exactly the tonic Jamie needed, and he is now back in the saddle, waiting for the slightest hint of vulnerability to flash across his screen.