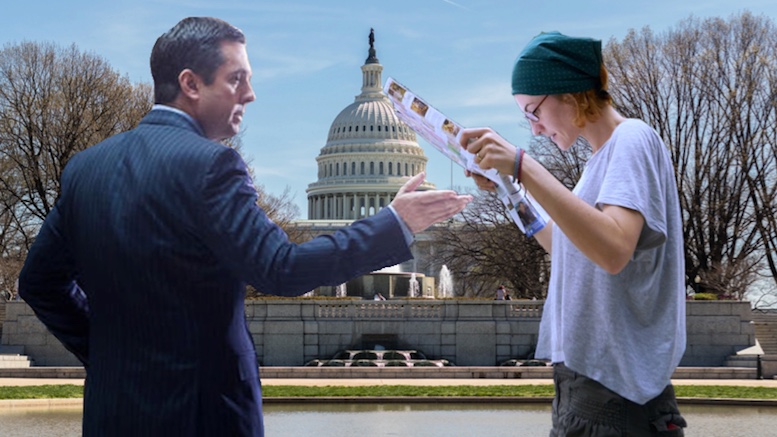 (Washington, DC) A tourist visiting from Sweden got hopelessly lost today after being given directions by none other than U.S. Congressman Devin Nunes.

“He seemed so nice and willing to help.”

Though she blamed herself at first for not following the directions properly, she gradually began to suspect that something more sinister was going on.

“All the mistakes and omissions seemed to be leading me in the exact same direction towards a very shady part of town.”

She consulted an area tour guide find out exactly what Nunes was had done. The impartial professional said they were the worst directions he had ever seen.

“For example, Nunes includes all the right turns she needs to make, but leaves out the equally important left turns.”

The woman, who still hasn’t seen the White House or inside of the U.S. Capitol building, said she probably won’t bother now.