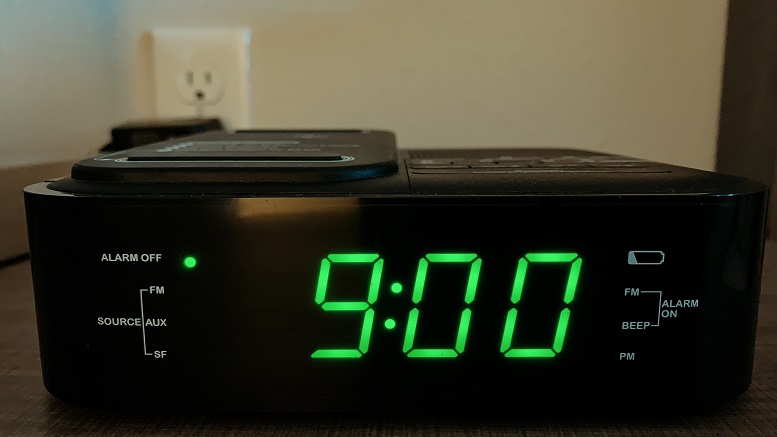 Saying it felt blessed for having such a successful amateur career in film, a local digital alarm clock says it expects to land many more roles in student and independent film productions for years to come even after already racking up 10,000 credits.

“There are so many opportunities out there if you know where to look.”

The digital alarm clock was worried the roles would dry up given that everyone uses their smartphone to wake up these days, but says that couldn’t be further from the truth.

“Sometimes I’m forced to pick between productions becasue I’m so much in demand.”

Even better, the alarm clock says the roles it gets are almost always plump juicy ones that get it lots of attention.

“Usually I get to open the film with my led display filling the entire screen, which is great!”

Unfortunately the one thing the alarm clock still struggles with is breaking into professional production and features.

“There seems to be a nasty bias against hiring me there for some reason?”

Be the first to comment on "Digital Alarm Clock Celebrates Its 10,000th Role In Student Film"