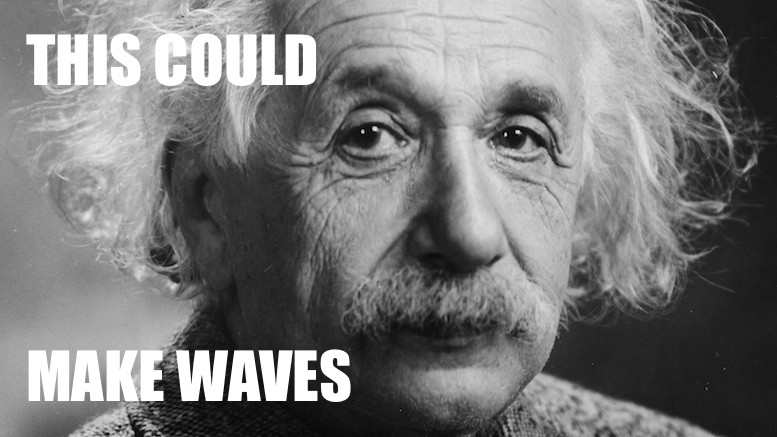 The discovery of gravitational waves – the ripples in space-time long predicted by Einstein – is causing great excitement in the physics community and beyond, as it could herald a new golden age of punning.

Huge progress is already underway according to leading lexicologists, with mentions of the ‘gravity of the situation’ and this ‘weighty result’ already abundant. In the UK reports are already declaring that ‘this discovery is massive’. More complex constructions involving allusions to keeping our feet on the ground until we know more are rumored to be in the works.

Even some of the physicists involved tried to get in on the action, but efforts like ‘hold on to your hats’ tended to fall flat. When challenged how this was a pun, they explained that it’s playing on the notion that gravity keeps hats in place. However that violates the rule that puns must play on the most immediately recognizable double meaning or inspired visual to be effective, which in this case would be weather-related phenomena dislodging the headgear.

Historians of punology say this is shaping up to be the most exiting time in physics-related wordplay since the advent of quantum mechanics in the early 20th century. Then, the mind-bending theory that states that you can’t simultaneously know both the position and momentum of a particle led to such famous puns as ‘I can’t possibly keep track of this’ and the award-winning ‘this quantum mechanics sounds like such a Bohr’.