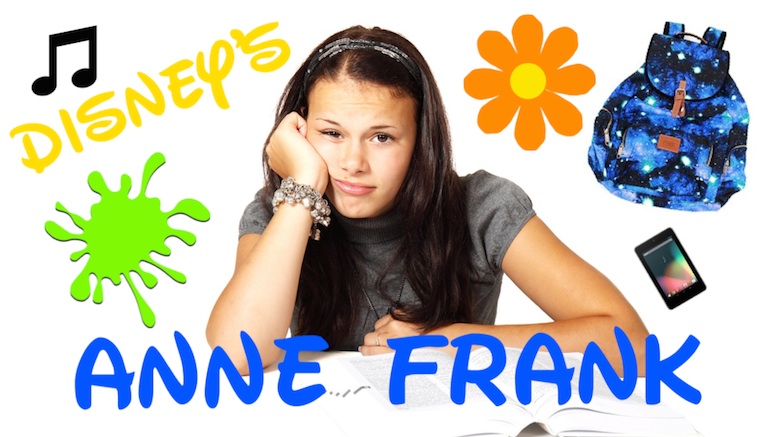 [Burbank, CA] Hot of the heels of its acquisition of the Star Wars franchise, Disney Corporation (NYSE:DIS) has announced that it has purchased exclusive personality rights to Anne Frank, the wartime diarist who died aged fifteen at the hands of the Nazis.

“Clearly Anne Frank still exerts a powerful hold on the imagination of young girls and their parents to this day, which is why we want her in the Disney stable.”

The idea to purchase all rights to her image and works came after pop singer Justin Bieber said he hoped Frank would have been a ‘Belieber’ if she were alive as a young girl today.

“We also believe she would have been a fan of our many shows directed at the teenage girl demographic, such as Lizzie McGuire, Hannah Montana, and Girl Meets World.”

The first Anne Frank Disney project will be a feature film directed by JJ Abrams. In response to criticisms that Abrams only knows how to make space adventures, Disney says that is precisely the point.

“This movie will be in space too, with our hero being whisked from wartime Europe into a future reality where humankind is threatened. Think of it as Alien with Anne Frank instead of Ripley and much more lens flare.”

They say the Disney Anne Frank will show a little more pluck than her real-life counterpart, in order to provide a role model more in keeping with the Disney philosophy.

“We were slightly disappointed to discover the real Anne Frank dealt with her problems mostly by hiding from them. At Disney we prefer role models who confront their foes head on, and, in doing so, change them into the good people they wanted to be all along.”

They also plan to develop a TV series set in a middle school in modern day America.

“The Gestapo will still be there, but in the form of a fussy school principal who keeps frustrating Anne’s efforts to just be herself.”

When asked whether they would be highlighting Frank’s love of classical music and journaling, the answer was ‘no’ and ‘not really, but she will use Snapchat’.