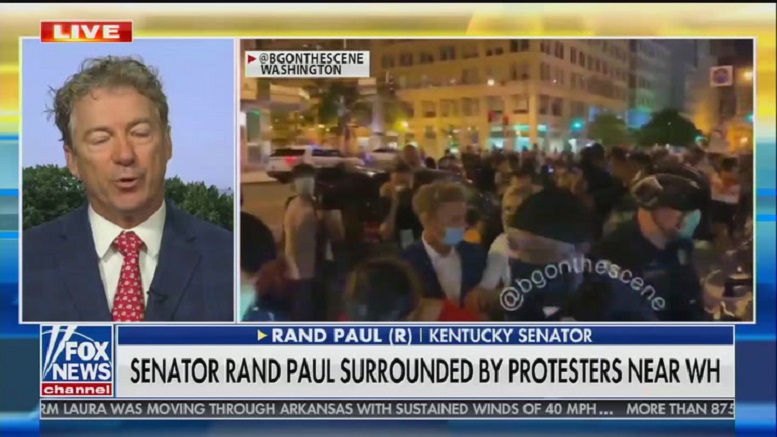 Medical staff treating Kentucky Senator Rand Paul for his close brush with death last night as he left President Trump’s acceptance address on the White House South Lawn today spoke to the extent of his injuries but were pleased to reveal he is now in stable condition.

“Senator Paul was exposed to severe opinions and experienced multiple lacerations of his smug frame of reference, but we expect him to pull through and get back to being the same old Rand Paul we’ve always known in no time.”

Paul himself recounted his narrow escape on Fox News, albeit with some understandable errors of memory given the horrible ordeal he had been through that almost rendered him unable to appear on a major cable news program early the next morning. But, terrible as Paul’s condition was when they got to him, his medical team said it could have been even worse.

“Someone could have said BOO!”

There were also bicycles present – held by the numerous police protecting him – which posed an additional danger that, thankfully, did not come to pass.

“The senator could have grabbed one of the bicycles, ridden it really fast and then squeezed the front brake only causing him to flip the bike and possibly ding his head in the process.”

Fears that Paul also suffered acute mussing of his hair during the incident were allayed after reviewing his medical chart.

“It appears that’s a pre-existing chronic condition the senator has long since learned to live with.