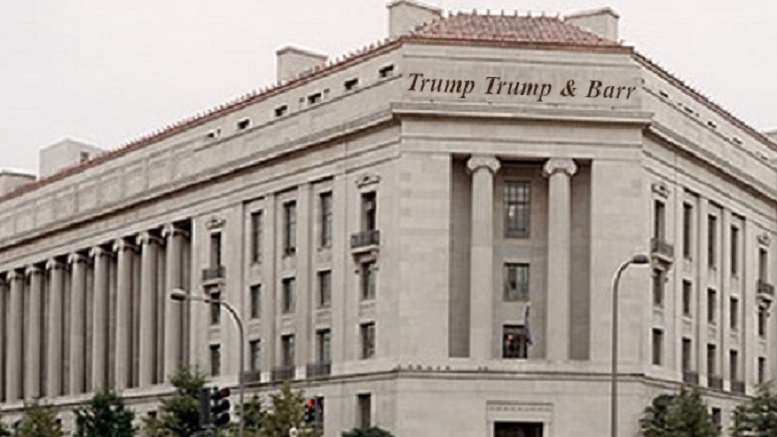 The Department of Justice has been given a new name, “The Law Offices of Trump, Trump, & Barr”, to better reflect its purpose and function. President Trump said he was excited to get to work on the backlog of cases awaiting him there.

“Technically I don’t have a law degree so I pick the defendants to go after and Bill takes care of the rest.”

The second Trump in the title refers to the President’s eldest son Donald Trump, Jr., who says he has a lot of bad guys he intends to aggressively prosecute.

“I’m looking forward to bringing over one hundred felony charges against Mitt Romney on my first day.”

The law firm is also expected to take a keen interest in miscarriages of justice.

“The tendancy of judges to be overly-aggressive in their sentencing will be reviewed on a case-by-case basis and corrected where necessary.”