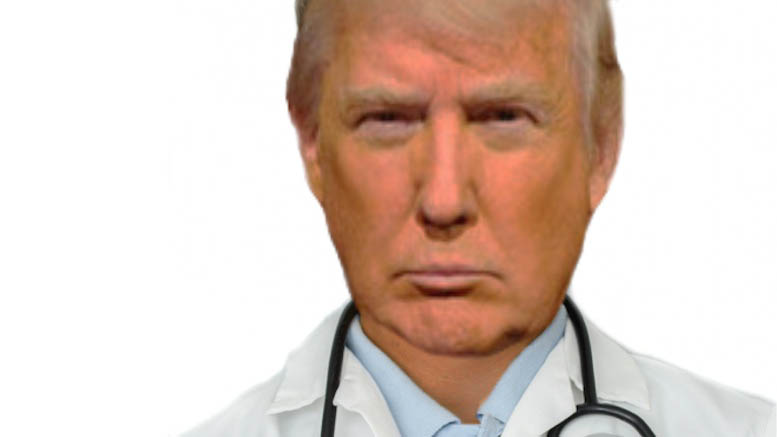 Donald Trump has responded to news that his opponent Hillary Clinton had a mild lung infection by predicting she will never get better and will soon be dead. He quickly dismissed criticisms that he is not qualified to make that assertion.

“I know more about disease than doctors do. Believe me.”

Trump then listed all the illnesses he has fought off in what he calls his own personal medical Vietnam, which proves that he is fighting fit.

“All my meals consist of dodgy food but I never get sick. Is it because the food isn’t really dodgy? No. It is dodgy, but my amazing stomach kicks that dodgy food’s ass every time.”

The Republican nominee then gave as much detail as he likely ever will about how he plans to improve the healthcare system.

“When I’m President, we’ll have new medicines that are better than the old medicines. There’ll be less sickness and more wellness. It’s going to be incredible.”