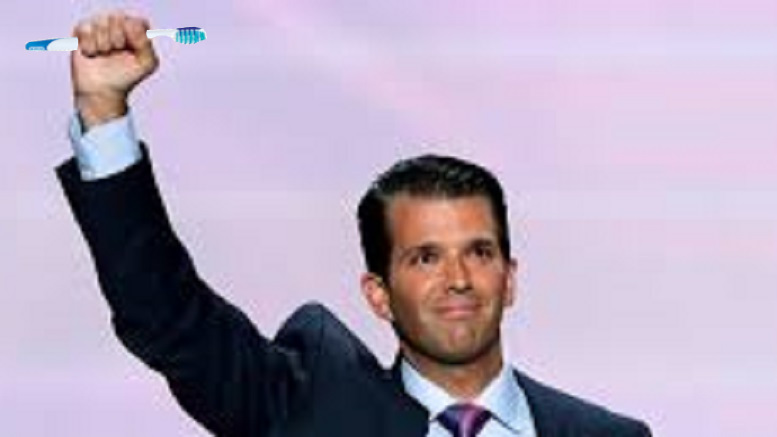 Saying he was only trying to help the poor immigrant children, Donald Trump Jr was removed from a border camp today for selling toothbrushes mark-up well above their value.

Trump said he was simply charging what people were willing to pay, though others contend he was taking advantage of the situation to charge black market prices.

He was also said to be ‘making a killing’ on soap, sleep masks, and hay he is rumored to have stolen from a nearby farm.

Asked for comment, the White House said it was cruel to mislead children who might be admitted into the United States into think that they will enjoy a life of dental care, affordable housing, and health insurance.